No Smoke and Mirrors.
We Will Franchise Your Business.

Whether you're thinking about franchising in California, Texas, Florida, New York or anywhere in the United States, The Franchise Maker® provides a team of professionals to turn any type of business into a Franchise System. No need to fret over needing a franchise agreement package (otherwise known as Franchise Disclosure Documents or an FDD) we have a comprehensive, easy and affordable franchising program.

The Franchise Maker was created by our President, David R. Waldman, who prior to starting The Franchise Maker in 2005 spent the previous seventeen years working with large franchise systems. While working with some of the most well-known franchise systems, David saw the power of what franchising can do when done right. For the years he witnessed how people from different backgrounds, ethnicities and levels of education bought into a solid franchise system, experienced tremendous success and became loyal to the brand. David became passionate about franchising and has seen that when a franchise structure is built correctly in conjunction with a franchisee-friendly culture, that loyalty built within the franchise system excels the entire system to greatness.

These experiences inspired David to create The Franchise Maker to help other business owners get to that next level of growth and experience that same level of success. His passion become even stronger as he started seeing the craziness of companies throughout the years who sell franchises and attempt to add franchise development to their bag of tricks. Not only does this present an obvious conflict of interest but makes one wonder exactly what they do and who to trust. The damage these companies leave behind is ridiculous. David believes you do one thing and be the best at it; therefore, The Franchise Maker is strictly a franchise development company (learn the problem with franchise companies that claim to do everything). Yep, we are the real deal!

The Birth of The Franchise Maker:

For years, David heard the horror stories from businesses that have spent tens of thousands of dollars to franchise their business by franchise development firms with little real world experience who also did a variety of other things besides just create franchise systems (as the saying goes: "Jack of all trades, master of none."). Or worse yet, franchise attorneys or franchise lawyers who simply just provide a franchise agreement package (at a lofty price tag) without any supporting materials, training or assistance (things to know if you are just working with a franchise attorney). As a result, David saw many of these businesses that went to franchise either fail or end up in litigation within the first few years. The bottom line is that these businesses were taken to franchise and not given the proper support or should not have been taken to franchise in the first place. The tragedy here is not just a failed franchisor, but those franchisees who invested their time and money (making life changing decisions to purchase the franchise) into an unprepared, flawed system leaving them with a bitter attitude against franchising. 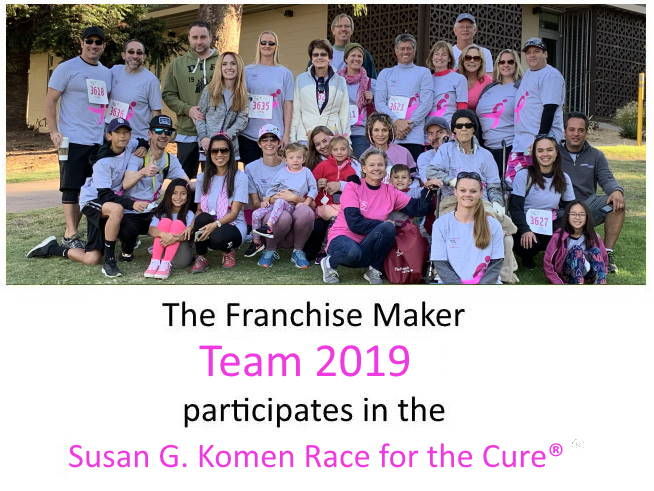 It was time to stop the bleeding and bring some integrity back into the franchise development arena. When the franchisor has a solid system, the franchisees succeed and in David’s experience that is what makes franchising so powerful. So, The Franchise Maker® was born with the mission of taking businesses through the franchise process without spending a fortune (or anything close to what has been previously accepted as a normal investment) while focusing on franchise development only and providing clients with teams of professionals to help with every detail of their franchising business. In addition to the Franchise Disclosure Documents, otherwise known as the FDD (all done in-house, not sub-contracted out to third parties), David created these teams to assist clients through the various aspects of franchising for the purposes of further strengthening their business model, therefore adding intrinsic value to their franchise system.

Who is on Our Team:

On December 8, 2015 The Franchise Maker was recognized by the Better Business Bureau for demonstrating integrity, exemplary ethical business practices in the marketplace, 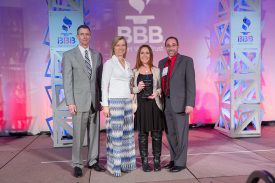 fostering transparency and was presented with the Better Business Bureau Torch Award. The Better Business Bureau Torch Award recognizes the willingness and efforts made by outstanding businesses to ensure that the marketplace remains fair and honorable. Recipients are selected by a panel of independent judges who represent the business and the academic communities. Being recognized by such a nationally renowned organization showcases a company's commitment to excellence (click here to see Press Release). The Franchise Maker is the ONLY one in our industry that has ever been honored with this achievement! 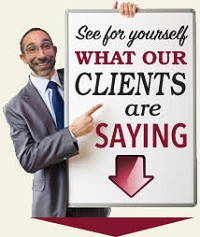 "If we had not had the previous struggles with talking to our personal attorney and our current business CPA we would not be able to appreciate Dave so much!..."
[ read the rest ]

"I had given up on the idea of becoming a franchise after talking to other companies who were over aggressive and made it sound unaffordable. However Dave..." [ read the rest ]

"Many people think that franchising their business is an easy process. I am here to tell you..." [ read the rest ]

See how we help you to franchise your business